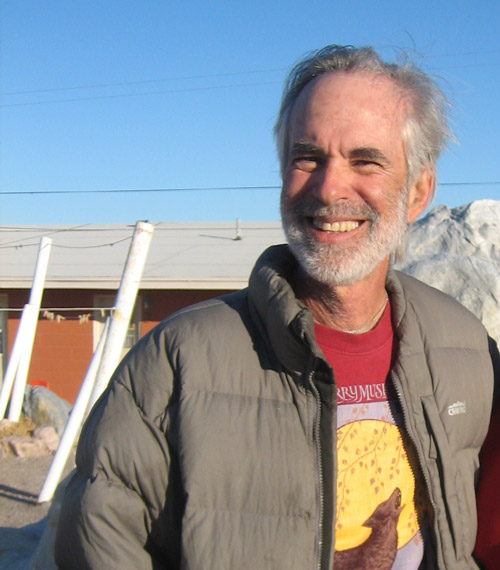 Michael Bodkin, M.S., MFT, is a psychotherapist and wilderness guide who has been the Executive Director of Rites of Passage for the past 35 years. His passion is leading people to the mirror of nature to discover the gifts of their soul.

Mike became interested in healing work in his 20’s, when he was a member of a Gestalt Therapy training group in Milwaukee, Wisconsin. At about that same time, he started exploring the pleasures of backpacking, following this interest into places like the Smoky Mountains of North Carolina and the Porcupine Mountains of Michigan’s Upper Peninsula. After being licensed as a psychotherapist in California in 1978, these twin interests in personal transformation and wilderness came together in 1980 when he did his first Wilderness Quest with Steven Foster and Meredith Little, the founders of Rites of Passage. For the next several years, he trained in the work of learning to guide others on rites of passage ceremonies in nature, studying with Steven Foster and other teachers.

In 1985, Mike became the co-director of Rites of Passage. Two years later, when his co-director left, he continued as sole Executive Director, a position he continues to hold today. Over the years, he’s continued Rites of Passage’s work with high school and college students, and has overseen the growth of Rites of Passage’s adult programs to include men’s quests, women’s quests, leadership quests, and an ongoing guide training program. Mike has had the honor and pleasure of guiding Wilderness Quests in the diverse places and cultures of Canada, Denmark, the Czech Republic, South Korea, Russia, and Australia. In each of these travels, he has found that this work touches people deeply by responding to a universal human need for rites of passage.  He has been blessed by some remarkable connections with gifted leaders and teachers, including a 15 year friendship with Corbin Harney, a Western Shoshone healer and elder.

In 1991, Mike moved with his wife Renee to a rural intentional community near Santa Rosa, California. Over the next several years, he came to see “community” as a key element for personal and spiritual growth, developing processes on wilderness programs that support a sense of bonding, sharing and trust among participants, which they then bring back to their families and their own communities. Mike recognizes the Wilderness Quest work as fostering a renewed relationship with the Earth, where our daily lives are connected to each other and to the land we inhabit.

After a series of devastating fires in Sonoma County, Mike and Renee left their community near Santa Rosa in September 2020 to begin a new life stage as elders and town residents. Now living in Bend, Oregon, Mike continues to grow organic vegetables, play bluegrass guitar and dobro, and cultivate community with people in his neighborhood as well as with Wilderness Quest participants in the U.S. and internationally.